The idea behind social media is brilliant, it connects us. Initially it was that simple, maintaining connections between people who’re friends in real life or building virtual relationships between people who may never, otherwise, meet.
But it seems to have taken on a life of its own, making demands on us to present a specific “public friendly” version of ourselves, we get caught up in how many ‘likes’, ‘shares’ and ‘follows’ we’ve had and it makes 41%* of us feel lonely. That doesn’t sound right!
For Mental Health Awareness Week, PushON, an eCommerce agency, conducted a survey asking all about social media, how it makes us feel and how it impacts our mental health.

In 27 – 64%* of us, social media evokes feelings such as resentment, sadness, anxiety and jealousy and it makes 48% of us feel self-conscious.#
We’ve had to invent a word for that special photo that’s usually filtered – the infamous selfie!
We’re feeling awfully confused about social media, many feel concerned about being over monitored or ‘spied’ upon in the evolving technological world, yet we worry that no-one will pay attention to or ‘like’ what we post.
I’ve had a mixed relationship with social media. When I’ve been less inclined to leave the house (as a depressed introvert, it’s an easy place to end up!) it’s been a way of keeping in touch with the world and interacting with people at a comfortable distance.
Social media is great at connecting people with similar experiences, I wouldn’t have met these people without social media but I developed relationships that boosted my recovery as we were ‘in it together’!
28% of people say they feel motivated by social media and 43% feel happy while using it.*#

As I recovered from anorexia I had amazing support from the Berkshire Eating Disorders Service and their Support, Hope and Recovery Online Network (SHaRON!). I didn’t have to sit awkwardly in a room and do ‘group therapy’ – I just logged on whenever, wherever – not only getting the support (from therapists and fellow sufferers) when battling my way through a bowl of soup but also giving support – this 2 way process was important.
But at the same time, there are some negatives! How many of us can say our facebook statuses give an accurate picture of our life? At any given time, a Facebook wall could be covered in wedding, sonogram and baby pics – giving the impression everyone is either planning babies, having babies or caring for babies and all of this is shiny and happy. We all know this is no-where near the truth! Most people aren’t thinking about babies or children at all and those that are, are stressed out about it, rather than it all being smiles and laughter!

Mental illness is great at making us feel isolated, alone and completely incapable of doing life, the biased Facebook wall can compound these feelings. Don’t get me wrong, I’m not saying people shouldn’t share photos of their exciting moments. When unwell, it’s important to hold onto the fact that people do not write “struggled to out of bed today” or “washed my hair then watched TV”. Like good news rarely makes the newspapers, bad or neutral news doesn’t hit the Facebook status!
What’s more, while most of us are posting the edited highlights, 36%* of people admit they’re somewhere between ‘jazzing up’ their online profile and it being a complete lie.

Although social media can have a negative impact at times, 63% believed taking social media away would have a negative impact on them (with 1% believing they would feel heartbroken!)
There’s no debate, it’s here to stay, perhaps we all need to be careful, be clear about how we use it and don’t let it become a source of unrest or unhappiness – this is our choice to make!
*All stats from a survey of 1000 adults in the UK carried out by PushON, an eCommerce agency. (# Participants could choose multiple feelings). Survey carried in conjunction with Mental Health Awareness Week. 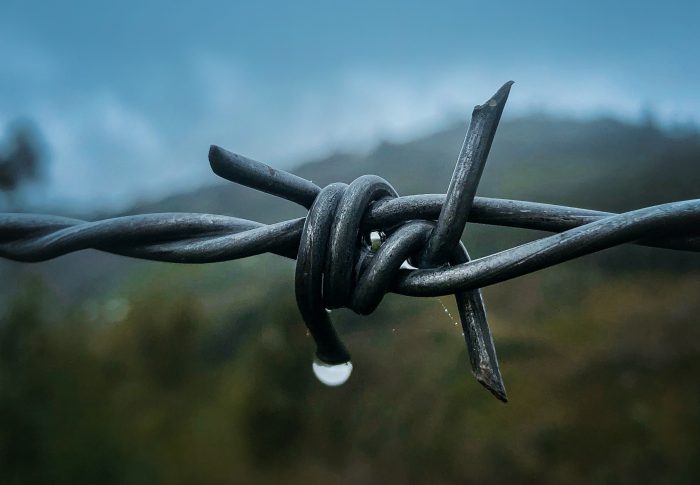 
At the end of the day, we are responsible for how we make use of the social media because can be addictive as if it’s alcohol or a drug.


You’re absolutely right! It’s about trying to make choices that are right for you. Peer pressure is tough though, fear of missing out is rife and we don’t always notice when something’s doing us more harm than good! No one else can take responsibility though, it’s down to us to make the decisions for ourselves! Thanks for reading 🙂


‘When unwell, it’s important to hold onto the fact that people do not write “struggled to out of bed today” or “washed my hair then watched TV”. ‘ or even “still in pyjamas, even showering and washing hair was too much this afternoon when i finally crawled out of bed. Watching black TV screen cos can’t summon up the motivation to turn it on.’ I’m with you all the way on this one, Frances. Facebook and Twitter are consciously programmed to be addictive, using erratic dopamine-triggering “rewards” in the way of likes and retweets.


It’s a very odd reward system isn’t it?! But if someone likes my (jazzed up) status, that might mean they like me a little bit and that’s what really matters… hummm, we need to get real world balance right. Social media addiction is very dangerous!


Indeed! for me the biggest stressor at the moment is GDPR compliance! finally thought I’d got it nailed down then just received an email from my web manager… it’s going to cost a monthly fee because of stuff I have to do which I didn’t think I had to, because I’m really stupid (please provide a brick in a sock for me to beat myself up with) and didn’t realise websites collect all kinds of hidden data! The whole bloomin’ issue has brought me far closer to the brink than pretty much anything else of recent years. I’m now thinking I might not be able to go away on the holiday we’ve planned at the end of next week… legal deadlines are just that – fail to meet them and you’d be better off dead! I _think_ I’m kidding…


I’m so sorry it’s been so stressful. I’ve been involved with GDPR issues at church but we’ve all pitched in so it’s not been overly stressful. It’s a shame the rules have had to be tightened so strictly! Most laws/policies/procedures could be summed up with “just respect each other”, if only we all could…! Take. Are of yourself, GDPR is important but your health is more important xx


totally agree Frances! GDPR has come to a head at precisely the same moment as the publishing deadline for the new edition of my theory books, which I’ve spent the past 9 months working on – recently doing 14-hour days to be done so we can actually go on holiday as planned at the end of this coming week! I’m suffering from sheer overload and now the book has gone to the printer my entire system is unravelling, ensuring that I get the rest I need. Unfortunately I still have GDPR to sort out (almost done now) and a magazine article to write. I’ll get there… and the holiday is coming none too soon! I’m not good at putting my health first… but working on it! xx