Body image, whether it’s good or bad, everyone seems to be talking about it. I’ve previously written about body confidence and how important it is. But it’s not quite as simple as saying “it’s important”.

I can’t remember ever being ok with my body; of course, I probably was when I was a toddler, when I had no idea that judging one’s body was even a thing, but as far back as I can remember, I’ve looked at bits of my body with disappointment or even disgust and generally felt it’s overall too big.
There, confession out the way…
I think it’s safe to say I’ve had pretty poor body image.
I was told, when recovering from anorexia that I had to put on weight, no matter how I felt about it, I had to do the physical stuff first and my mind would catch up. I cannot remember the number of times I was told I would feel better about my body given time. I see the logic, they all say you have to feed your brain before you can have therapy that will help with the thoughts and feelings.

People recovering from anorexia find weight gain really difficult, being underweight is a fundamental aspect of the disorder. It’s not about vanity, poor body image goes hand in hand with the disorder that strips you of your value and worth.
Unfortunately, my brain has never caught up, I’ve been weight restored for many years now and I’m just as judgmental about my body as I’ve ever been. It doesn’t matter whether I’ve been severely underweight or a healthy weight, I had a poor body image through the lot – I think what I think is justified, others disagree…
Some people have extremely positive body image, take Jessica Kellgren-Fozard for example, she has a disability that impacts her life and her body but she absolutely loves her body and is very open about it! Seriously, this girl is awesome! Follow her on YouTube!
There are various techniques, such as positive affirmations repeated regularly (even if you don’t believe them) that are meant to help with positive body image. This feels so far beyond what I could manage, given the strength of the negative feelings about my body! Pretending to be body positive is false (for me) and being false is as aspect of my illness I wish to walk away from, I used to “fake it til you make it”, I would fake being happy to please everyone else but it didn’t work and this just added to my feelings of guilt, shame and failure!

Body neutrality, however, could be within reach! Being neutral towards our bodies is about not necessary liking our body but it’s about accepting it. It’s ok to have flaws, to notice them but be ok with them.
I can see objectively that my body is healthy so I could I look at what it’s done and be positive about that?
I’ve severely abused my body, I’ve forced it beyond its limits. There’s no body system, from my bones to my gut that’s been untouched by the gruelling demands I’ve placed on it. And yet, it digests food efficiently, it keeps me warm, it’s carried me through some half marathons, my brain is pretty quick at mental maths, my hands enable me to make beautiful jewellery, to play emotive music and to knit wonderful creations; I’m not boasting or saying my body is better or worse than anyone else’s, I’m just stating the facts. Although it malfunctions due to chronic illness, there’s a lot is does pretty well!
Body neutrality is about being able to stand in front of the mirror and say “I accept my body how it is”. It may let me down occasionally but that’s because it’s working pretty dam hard. I’m not going to let it down, I’m going to look after it and try to keep it healthy.
Of course, I can say these things, I can state facts about my body, it may be a few steps until I fully accept my body as it is! Discovering who we are is a life long journey to be embraced. We can let go of beliefs that no longer serve us and develop values that benefit us instead. Over the years, as I’ve struggled with my mental health, I’ve been aware of this thing called resilience but not really known exactly what it is…until now!

Being sectioned under the Mental Health Act can be a very confusing process but it can be an important part of recovery for some people.

I knew, from an early age, my mind was something that could either work for me or against me. I've struggled with mental ill health and recovery has been incredibly hard. As we walk through life, all sorts of things happen to us; some are within our control, others are not. The only thing that really matters is how we think about what happens and how we respond—ultimately, these are the only things we can control. I qualified as a doctor 15 years ago and I'm now working as a therapeutic counsellor. Having worked in mental health for over 10 years I've gathered numerous insights into the workings of the mind. So my writing combines my personal and professional experiences. To unwind I enjoy being creative so I'd love it if you checked out my jewellery shop too! 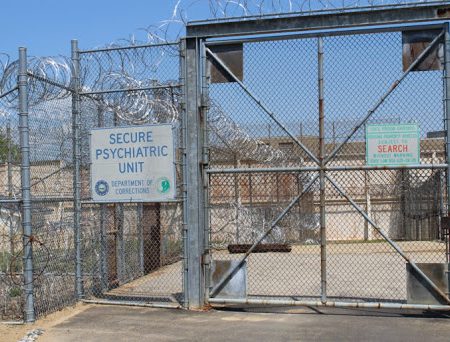 Resilience—what is this intangible thing?!