I’m not one for putting my faith out there too often but in Mental Health Awareness Week with a theme of relationships, for me my relationships with God is one that I cannot miss out.
I think it’s fair to say my mental health has been rather rocky. So has my relationship with God. I was brought up a practising Christian and this has remained constant but as the chemistry within my brain has a pronounced impact on my physical health, so too has it impacted my spiritual health.

For many years, unconsciously, I placed my relationship with food and the troubles I had with my mental health at the centre of my life. Obviously things have been a lot more complicated than that but this meant I was very self centred. It is hard to admit this. Although I had God in my life, I wouldn’t turn to him for help, it was hard to imagine how he could possibly help. I often felt (despite having much support around me) that I had to fight the mental torture on my own.

Through research, I came across Helena Wilkinson leading a day on Insight to Eating Disorders at Waverley Abbey – this lead to me attending her week long retreat on Overcoming Eating Disorders at Nicholaston House. With trepidation, thinking I wasn’t actually “ill enough” to be attending I went and it literally changed my life. It was explained that by putting God at the centre of our lives freedom from the all consuming eating disorder could be found. 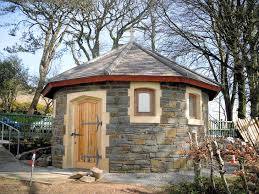 I found myself in the beautiful circular chapel, on my own, and was overcome by a compulsion to lie flat on the floor – no idea why, but I just had to do it. Looking directly at the ceiling, the simple structure, like the spokes of a wheel demonstrated  to me how simple it was to place God at the centre. This was not going to eradicate my illness but it would be displaced into one of the areas away from the centre.

God’s made himself known in other parts of my life too. Steve wasn’t looking for a divorcee my age who wasn’t sure about children and yet my profile on Christian Connection kept being offered as a possibility. We believe God really knew what he was doing when he brought us together and yet we didn’t ask him to! I also see God in the people around me. Sometimes it’s been a small gesture but it can touch me in a really special way.

When I’ve felt distant from God, I’ve found the parable of the lost sheep helpful. Even if I’m feeling abandoned and disorientated, I know the Good Shepherd will be out searching for me. The idea of God may be intangible so, for me, visual cues are important. I see God in nature etc and during my last hospital stay I put up pictures up to remind me.

You don’t have to be ill to know God. I don’t just turn to God in times of need, I know he carries me when I’m weak but he also celebrates with me when I’m singing and dancing.

1 thought on “Me, my mental health and God”